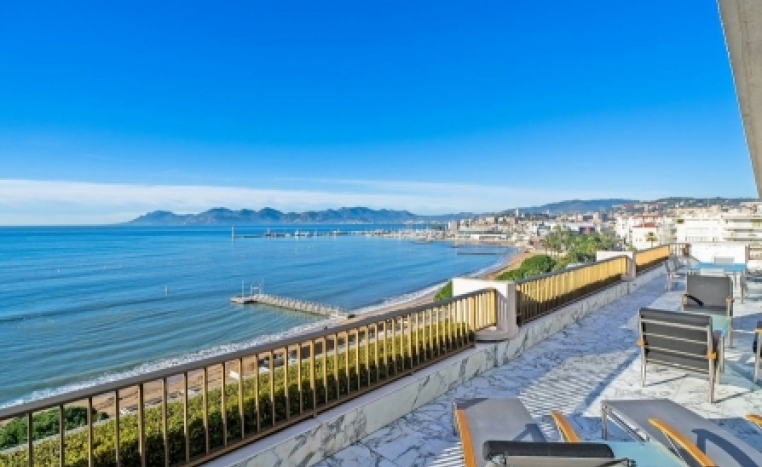 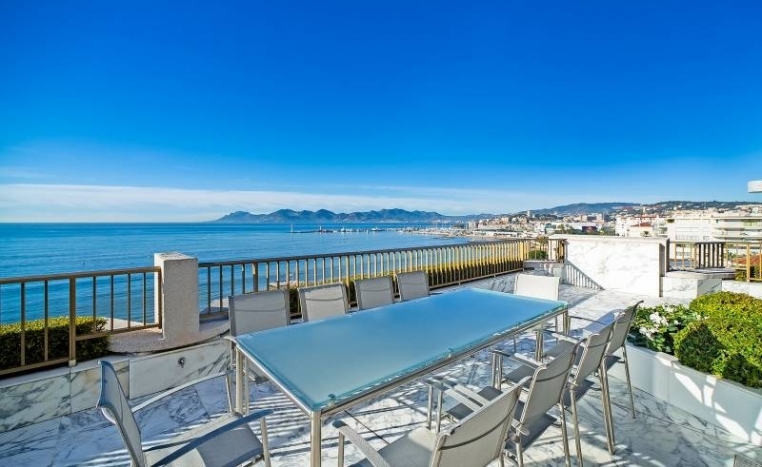 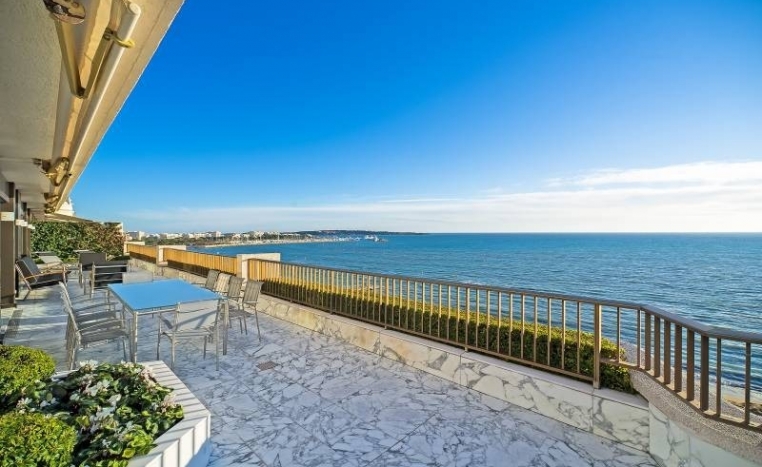 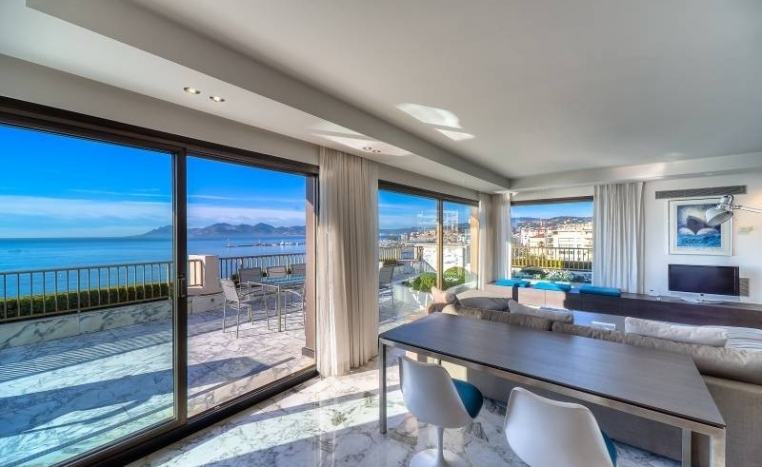 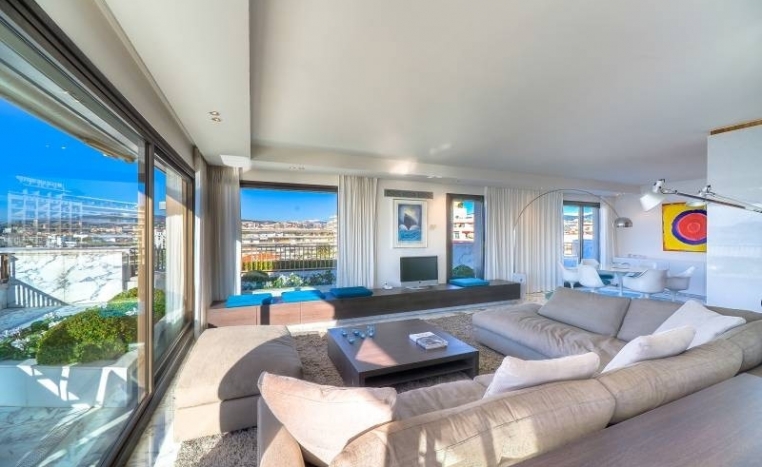 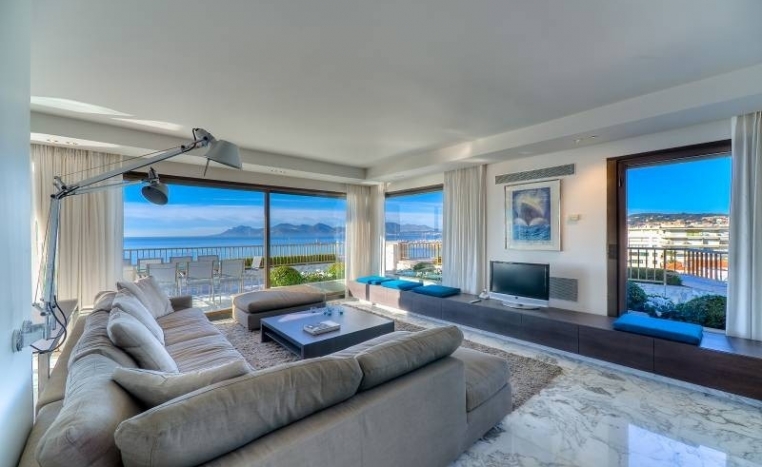 Rare, at the heart of the Croisette, in one of the most prestigious secured residence, superb corner apartment of 168 sqm, very bright with a panoramic sea view on all the bay of Cannes. It is composed of a large corner living room, a vast fitted kitchen, 3 bedrooms, 2 bathrooms, one shower room, a huge terrace of 157 sqm and 4 garages.