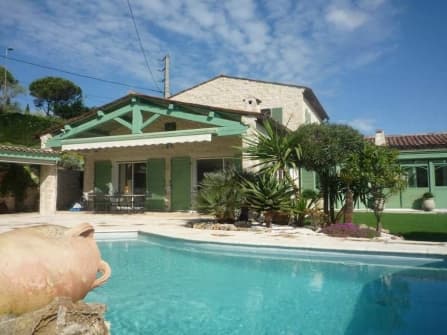 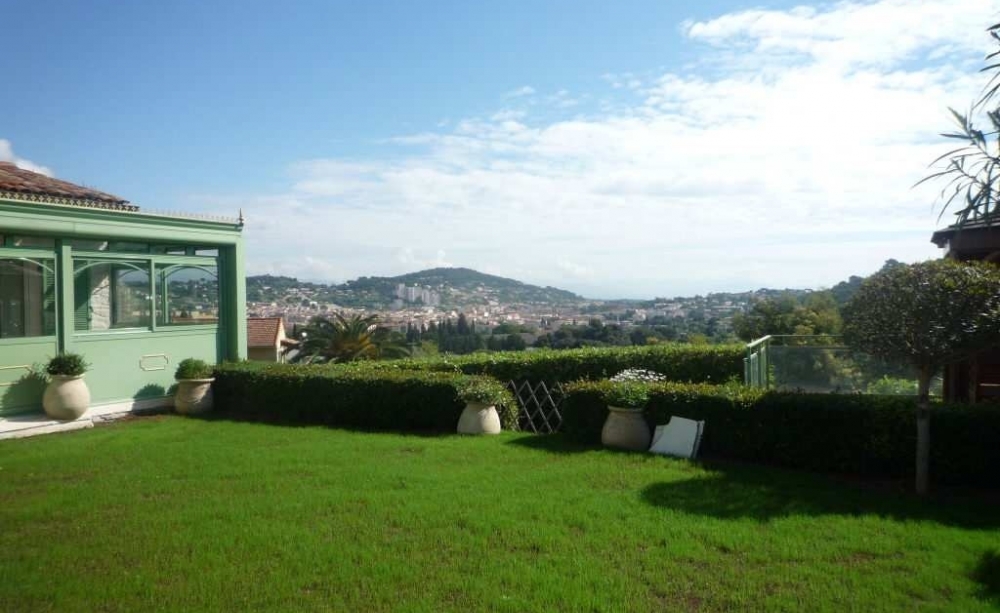 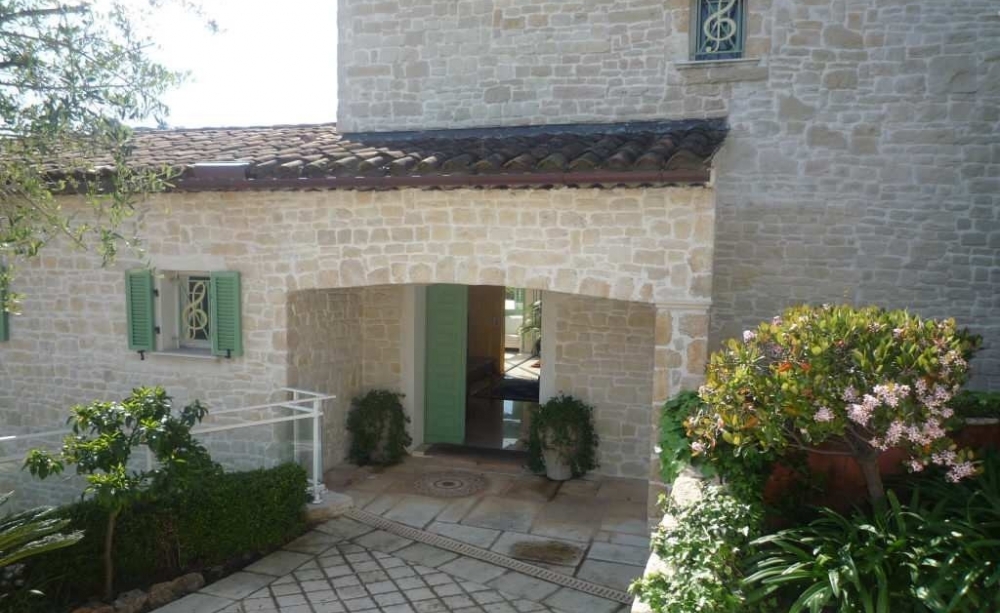 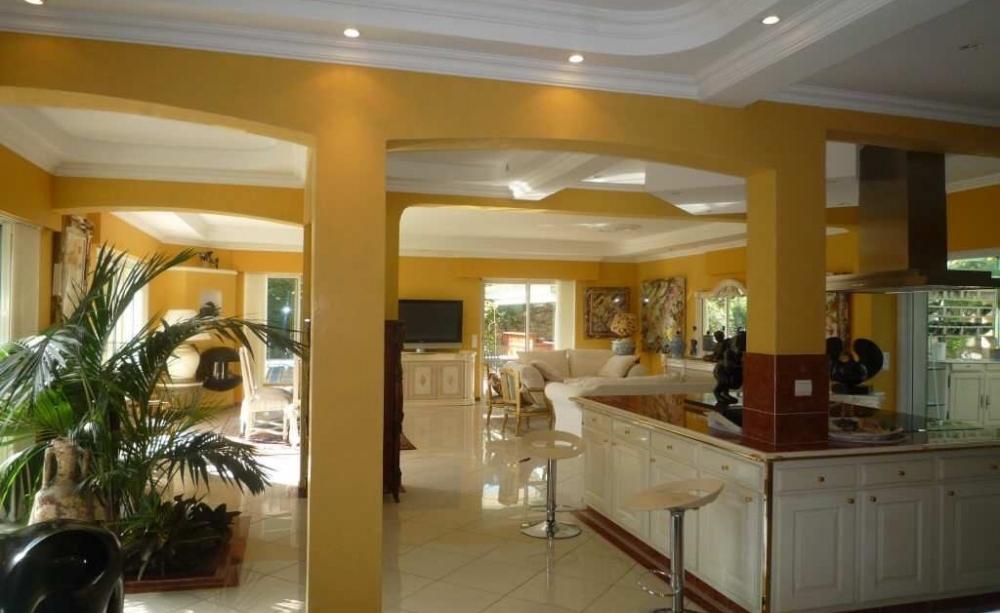 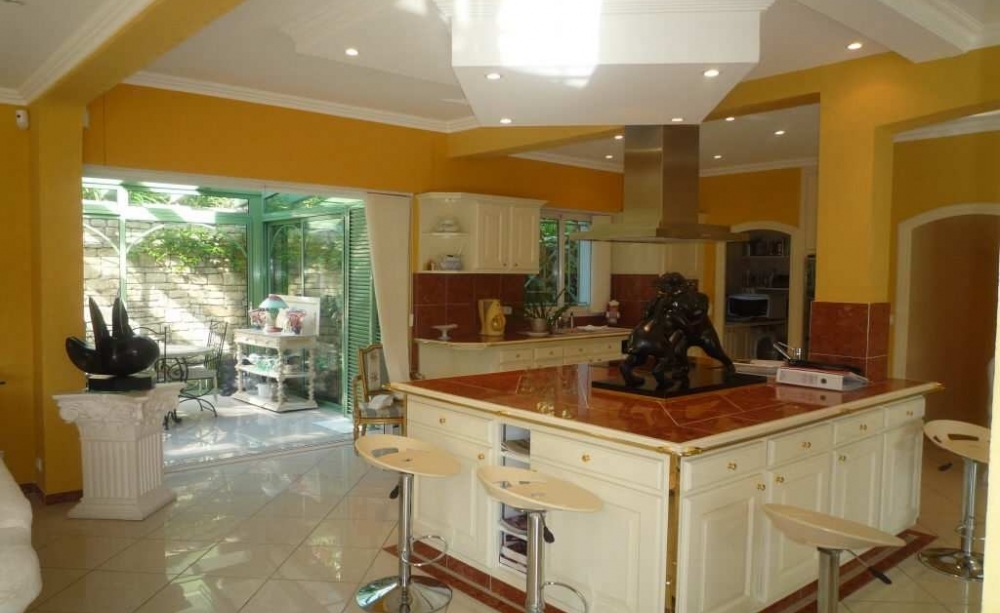 Villa in stones of Provençal type with a modern inside in the lively and contemporary colors This villa is in a privileged environment, benefiting from a very attractive view cleared on hills. On a living space of 270m ², including a very beautiful entrance with double door giving onto a stay of 100m ² with very modern open kitchen which bottom by its materials and its colors in the harmony of the lounge. All the openings of the lounge give onto terraces open or closed by porches on the swimmingpool, the bar and the jaccuzzi corner. On the same lounge floor, there is a master suite with its boudoir, dressing room and complete bathroom. In the floor, two other bedrooms with a bathroom and a room of shower. In the garden, is a charming studio with bathroom and kitchen, totally independent giving onto its personal pergola. The villa possesses a magnificient ground of 2000m² decorated with all the mediteranneen essences allying the charm of Provence with the closeness of the city center of Cannes, less than 7 minutes in cars of Croisette and its beaches. The villa takes advantage of numerous appendices, double garage, parking for 7 cars, 3 independent entrance and one Hingh-tech equipement, alarm, underfloor heating in heat pump, swimming pool in the salt and the electrolysis, Jaccuzzi, magnificent porches 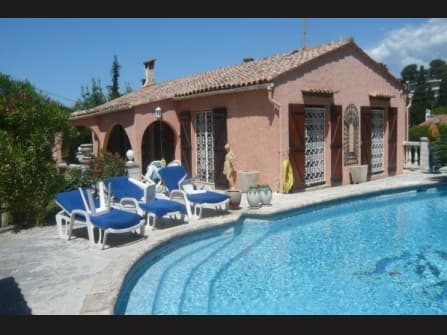 Fabulous villa for sale in Cannes

Beautiful villa with a total surface area of 200 sq.m. in Basse Californie in a walking distance from the city centre ... 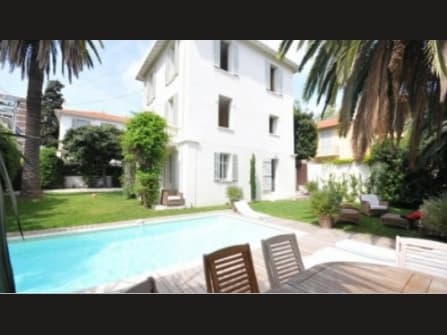 Elegant villa for sale in Cannes

Gorgeous refurbished villa with a swimming pool in a residential area not far from the city centre. The ground floor: ... 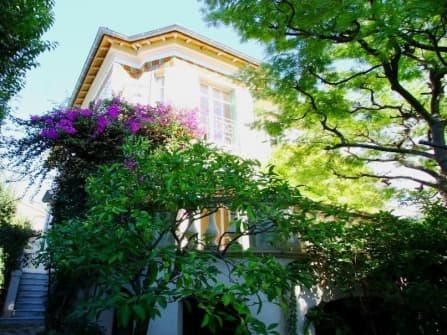 Unique villa for sale in the heart of Cannes The villa 250 with a beautiful garden of 430 sq.m. in a walking distance ...